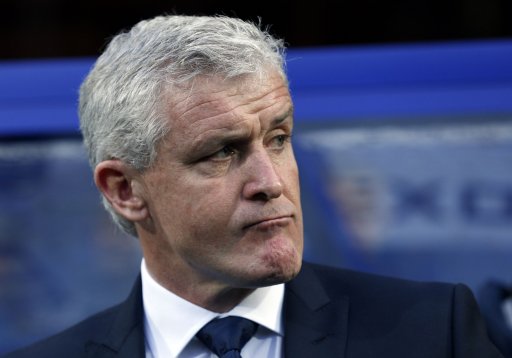 Winless Premier League-bottom dwellers QPR have sacked Mark Hughes. If this comes as a surprise to you then may Pies be the first to welcome you back from your stay on the International Space Station.

“Queens Park Rangers has today terminated the contract of manager Mark Hughes with immediate effect. This decision has been taken after careful consideration by the Board of Directors, following numerous meetings over the last few days.

“The Board of Directors wish to thank Mark for his commitment, hard work and dedication in his ten months in charge.

“Mark has shown integrity and professionalism throughout his time here, but ultimately the circumstances we find ourselves in have left the Board of Directors with very little choice but to make a change.”

It is also being reported that ‘Arry (Sky Sports have now confirmed he’s agreed a deal) will take over from Hughes but not until after Saturday’s game against Manchester United with Hughes’s assistant manager Mark Bowen temporarily taking over for the trip to Old Trafford.

Yet more fodder for those who consider Hughes a naff manager with an undeserved high-falutin’ opinion of his own talents; a club to which Pies belongs. To be fair, the evidence is certainly stacking up since his relative success at Blackburn. Let’s face it, he’s been a bit of a disaster at Rangers.

He was given adequate resources and signed an awful lot of players over the summer – though that’s all he did: he signed players, some good, some bad, but he didn’t form a team. Seems to be Sparky’s specialty, a good case in point being Djibril Cisse; a player more devoted to making sure his mohawk is colour co-ordinated with his boots and fronting up to irritated fans on Twitter than knuckling down and helping to dig his team out of a hole.

Any thoughts? Anyone reckon Hughes deserved more time to gel his players and get them all pulling in the right direction, or was it high time for another sacking?

Plus, what do the QPR fans make of ‘Arry stepping in? Is he the man to bring the not-quite-so-bad times back to Loftus Road?