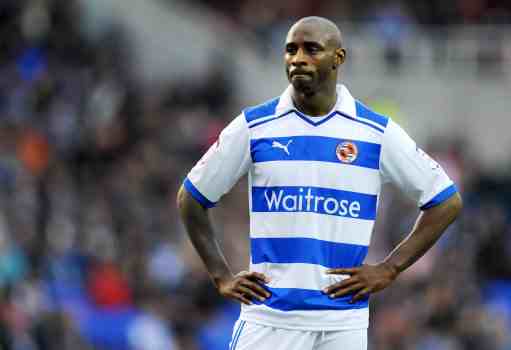 Reading striker Jason Roberts is in no mood for gimmicky anti-racist gestures, with the former Blackburn hitman planning to refuse to wear a Kick It Out top this weekend ahead of the organisation’s annual week of action.

According to the 34-year-old Roberts, organisations such as Kick It Out have done far too little to combat racism in football, particularly in the past year when the Luis Suarez and John Terry controversies soiled the national game once more. He said:

“I won’t wear one. I find it hard to wear a T-shirt after what has happened in the last year.”

“I’m totally committed to kicking racism out of football but when there’s a movement I feel represents the issue in the way that speaks for me and my colleagues, then I will happily support it.

“I think people feel let down by what used to be called ‘Let’s Kick Racism Out of Football’. People don’t feel like they have been strong enough. Unless they’re independent, unless they don’t have to explain their actions to anyone then they won’t be held accountable.”

Lord Ousley, Chairman of Kick It Out, who are funded in part by The FA, understands Roberts’ frustration. He said:

“He’s not been slow in coming forward about this and I respect his views.”

“I can understand his frustrations. If Kick It Out had the power to sort this out then we would have done. Sorry Jason, we don’t have that kind of power.”

It’s easy to see where Roberts is coming from, with the powers that be struggling to adequately deal with the issue of racism. Indeed, the Grenadan international  is particularly upset by the fine handed to Chelsea captain Terry, saying:

“The four-match ban was, for me, not a heavy enough sanction for what happened. I’m not happy. Certainly they should have given him a longer ban. The sanction is nowhere near harsh enough.”

Things are even worse in Europe, with  no-one really expecting UEFA to punish the Serbian FA accordingly following the horrible scenes involving the England U21 side. So, in many respects, Roberts’ decision to speak out rather than pop on a t-shirt and keep his mouth shut deserves respect.

However, the question remains, will the authorities, both in England and especially in Europe and beyond, start to punish guilty fans, teams and players with the voracity this despicable behaviour deserves? Personally, I’m not so sure.