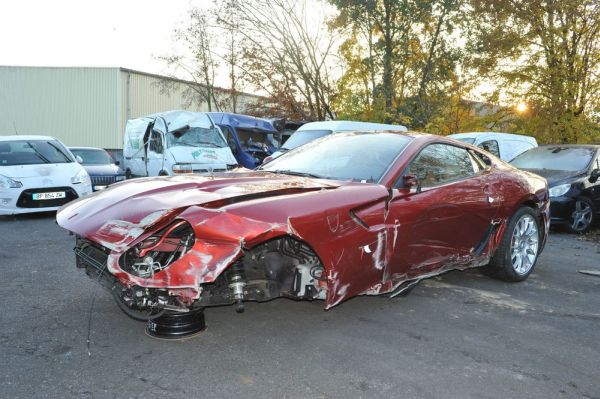 The Ferrari 599 which Cristiano Ronaldo totaled in a tunnel on the A538 Wilmslow Road while on his way to Manchester United training back in 2009 has surfaced – very much still wrecked – on the French version of Ebay for the very reasonable asking price of €50,000.

Spanish newspapers are reporting that the car comes with nearly 2,000 miles on the clock and various registration documents (including the 2008-dated bill of sale) with Ronaldo’s name plastered all over them to prove that the thing is kosher.

The former Ferrari was being sold by a scrap dealer in France, who described the vehicle as going cheap due it’s poor condition but being “certainly repairable.” Looks like it.

Notice the use of past tense there? Well, sadly, for the many of you out there who were thinking that Ronaldo’s mangled car would’ve made a perfect present for Granny to unwrap on Christmas morning, the Ebay listing has since been pulled after the media latched on to it and ruined it for everyone – including Granny.