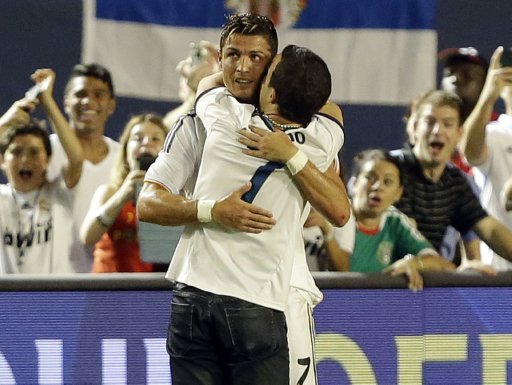 Cristiano Ronaldo has respectfully written to the Miami police force (Crockett & Tubbs?) to politely request that the two criminal charges brought against the pitch invader who broke onto the field to share an intense, elongated hug with the Real Madrid star when the Spanish side played Chelsea during a pre-season tournament in America.

The pitch invader, 20-year-old Albanian student Ronald Gjoka, has been charged with trespassing and disorderly conduct after being arrested by police at the Sun Life Stadium, though his attorney is concerned that the charges may lead to “problems with immigrations and his college” if they’re not dropped.

After learning of Gjoka’s situation, Ronaldo wrote the following letter to the Miami-Dade State Attorney’s Office:

“I understand your position and the importance of enforcing rules and law. However, I respectfully request that you and your office reconsider this decision and dismiss the two criminal charges this young man faces.”