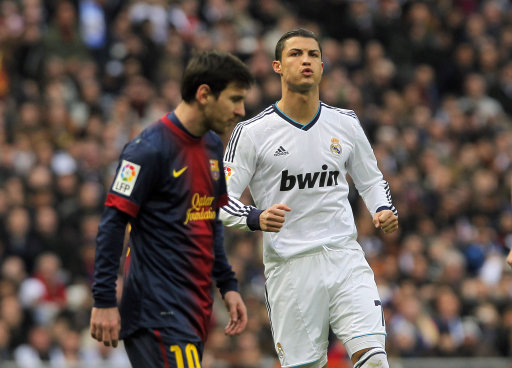 Halloo halay! The rather-quite-long shortlist for the FIFA Ballon d’Or has been announced this morning by FIFA themselves, with not a single English player getting a token nod this time round – not that we’re surprised about that in any way, shape or form.

Of course, Lionel Messi is bang on course to win his fifth Golden Ball in a row, though Cristiano Ronaldo is thought to be closer than ever to pipping the Barcelona man and ending his streak and Fronk Ribery is being touted as the dark horse that may just muscle in on the all-conquering duopoly at the top of the bill having already been crowned UEFA’s best player in Europe for 2012/13 not so very long ago.

Here are the shortlists in full, starting with the FIFA Ballon d’Or itself…

The shortlist will be whittled down further in December then the winner, as always, will be unveiled at FIFA’s silly gala dinner in Zurich, Switzerland on January 13th.

If Pies had to stick our neck out, we’d have a shiny groat on Ronaldo taking it this time round – y’know, just for a nice change of pace – though we’d love to see the truly magnificent Philipp Lahm given the credit he’s due one of these days. not that he’s deemed remotely flashy enough to win FIFA’s big one.

We’re also throwing our considerable weight behind Jupp for coach of the year. Trebles and all that jazz.