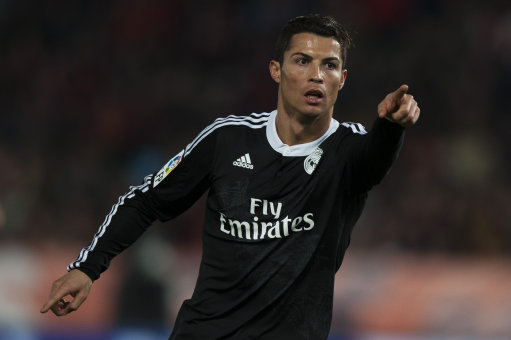 “Not you James. You can have a Casio calculator watch”

As a token of thanks for their continued support, Cristiano Ronaldo has gifted each of his Real Madrid teammates with a snazzy new personalised timepiece.

Engraved with Ronaldo’s CR7 brand, the recipient’s name and “La Decima” (to mark Real’s historic tenth European Cup win last season), each of the Bulgari Diagono watches supposedly retail at a hefty €8,200 (around £6,500) a pop.

Overcome with emotion, Alvaro Arbeloa took to Twitter to show off his new Bobby Dazzler…

Lovely touch from the ever-generous Ronaldo, and we bet Bulgari are fudding themselves cross-eyed at all the free PR too.