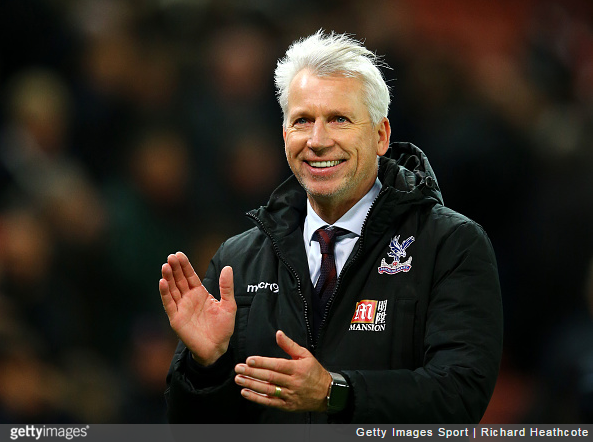 Next stop, the Bernabeu?

With his Crystal Palace side riding high in the upper echelons of the Premier League, manager Alan Pardew is quite rightly attracting his fair share of praise at the moment.

Indeed, one of Palace’s top executives has openly conceded that the club may risk losing their if things continue to pootle along quite so nicely at Selhurst Park for the foreseeable future.

Speaking to BBC 5 live Sport, Palace co-chairman Steve Parish admitted, tongue ever so slightly wedged in cheek, that the board wouldn’t stand in Pardew’s way should the big boys come a-callin’:

You know we want Alan to stay at the club for a very long time, but who knows what will happen?

If Real Madrid want Alan Pardew then I’m sure we wouldn’t stand in his way.

We’d have to cross that bridge at the time.

If there is an all-seeing, omnipresent deity up there, he/she/it must surely make this happen – if only for Pies’ amusement.

Personally, we’d love to see what Cristiano Ronaldo and co. would make of this…