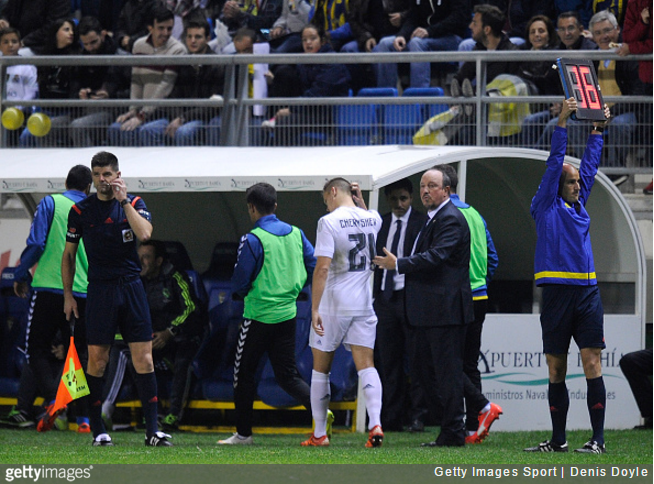 One for fans of frivolous law suits here, with the news that two Real Madrid fans are attempting to sue president Florentino Perez for “moral damages” over the club’s slapstick expulsion from this season’s Copa del Rey.

Real were eliminated from the competition for unwittingly fielding an ineligible player during their last-32 tie against Cadiz back in December.

Denis Cheryshev was named in then-coach Rafa Benitez’s starting line-up and went on to open the scoring in a 3-1 win inside the first five minutes.

Despite Real’s insistence that they were completely unaware of Cheryshev’s ineligibility, the Spanish FA (RFEF) turfed them out and fined them an oddly specific €6,001 for good measure.

Now, two intrepid Real fans have filed a lawsuit against Perez, claiming that they have both been “affected financially and morally” by the club’s unceremonious cup exit.

According to AS, the pair, speaking via their lawyer, claim: “It is painful to endure being taunted in cafés and our place of work”.

Apparently the constant pillorying has also led to “bouts of anguish and helplessness,” for which the twosome are seeking compensation of €500 apiece.

The very best of luck with that, chaps.