Almere City, a side who ply their trade in the second tier of Dutch football, have decided to re-create that now infamous Real Madrid post-Clasico dressing room photo. 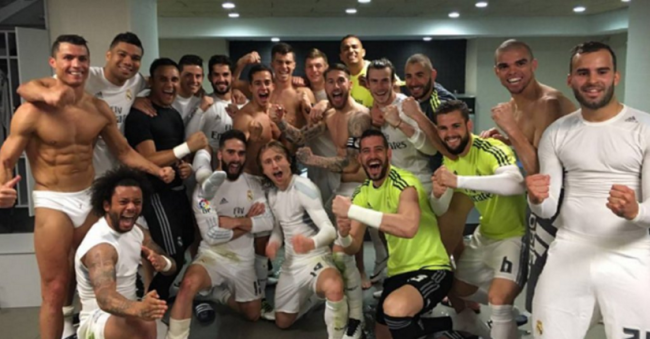 On Friday, Almere secured a 2-1 win away to Oss FC, and celebrated in style. The Madrid photo featured that shy, retiring wallflower Cristiano Ronaldo posing in his just his knickers and looking rather like a human-sized Action Man. However, the Amere edition is rather less toned… 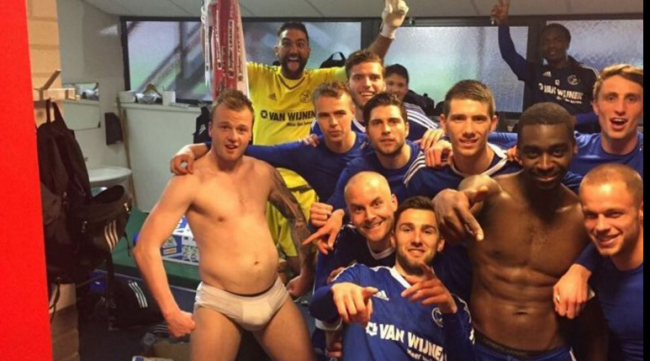