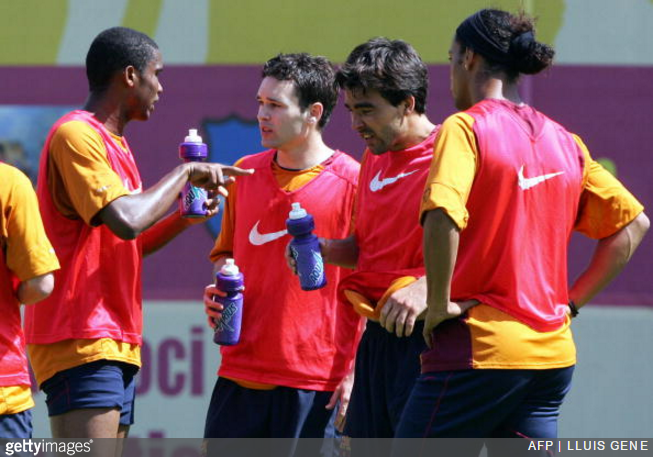 There’s a fantastic little passage in Andres Iniesta’s new autobiography, ‘The Move of My Life’, wherein the Barcelona stalwart recalls the time Ronaldinho pulled a mass ruse on the entire squad in the interest of stoking team morale.

We join the story in 2005, shortly before Barca were set to take on Real Madrid in the Clasico having trailed their table-topping rivals for the first few months of the season.

A few days before the Clasico against Real Madrid, ‘Dinho called me at home at night. I answered and he told me: ‘Andres, I know it’s 3am, but I have to confess something. In June I will be leaving Barca. My brother (and agent) has an agreement with Real Madrid. It’s an incredible amount that I can’t refuse. You’re young, you can understand… But please do not tell anyone in the locker room or the club, do not betray me, I trust you more than anyone. Andres, good night.’

He didn’t give me time to say anything. The next day, we were in training and I felt an awkward atmosphere around me. The whole team was silent and they were all greeting Ronaldinho like never…

When the day of the Clasico came (November 19th], in the locker rooms of the Santiago Bernabeu, ‘Dinho told us: ‘Guys, today is a very important game. They are strong, but lately I discovered that we are like family. I called each of you during the night and told you I was leaving in June, but none of you spoke. After that I realised that we were ready to suffer in silence rather than betray each other. I’ll stay here again for a long time… Now let’s go onto the pitch and give a lession to these Real Madrid players!’

As you probably recall, Barca would go onto win the game with Ronaldinho scoring twice and receiving a nigh-on unprecedented standing ovation from the Madrid supporters in collective awe of his performance.