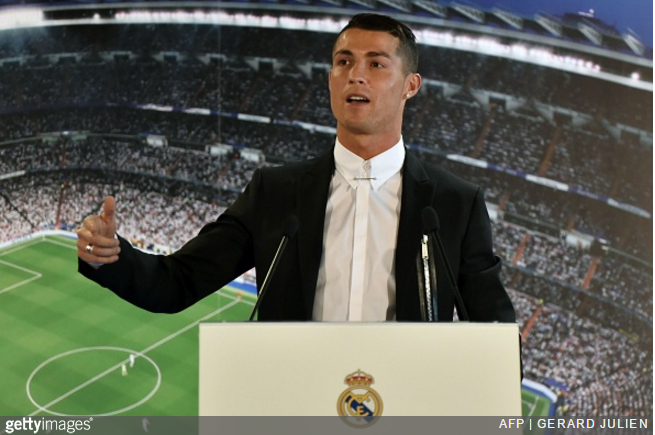 The big news to come out of the Real Madrid camp over the weekend was that Cristiano Ronaldo has signed a mammoth new contract with the club that is set to run into the distant future.

Specifically, Ronaldo signed a new five-year, £500,000-a-week extension that will see the Portuguese colossus tied to Los Blancos until the summer of 2021 – which you’d think represents something of a gamble considering that he is already 31.

Not so, as while being presented to the media on Monday morning, Ronaldo declared that – knees willing – he intends to play on into his forties.

The present is what matters, this moment. I don’t know what the future holds but I’ll always be linked to this club in some way.

I still have a long way to go. I’ve got a lot of years left in football, another 10 years, and I want to keep improving.

Currently perched on 371 goals (in 360 games), Ronaldo also admitted that there is one particular milestone he has his eye on:

I never thought I would break Raul’s record, but 500 goals something possible, although not an obsession.

It’s a figure which is possible, but I prefer things to come naturally