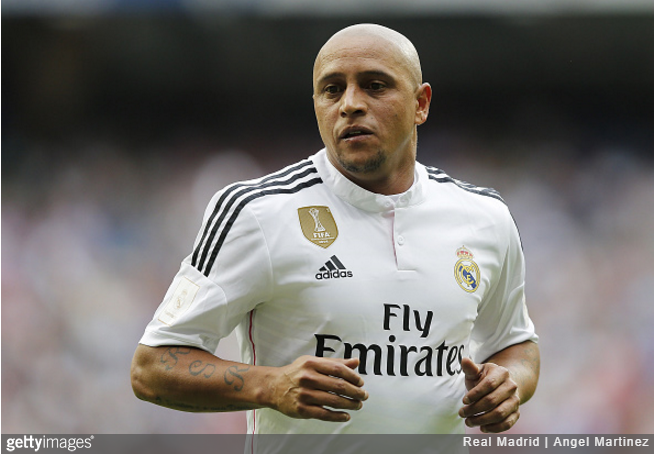 Roberto Carlos is celebrating the birth of his ninth – ninth! – child, a daughter by the name of Marina who was welcomed into the world on Sunday.

Marina was born at the Clinic Ruber hospital in Madrid and is the second child Carlos has with his current wife, Mariana, after daughter Manuela was born in 2009.

According to AS, Carlos has three children with his first wife Alejandra, namely Roberto, Giovanna and Roberto Carlos Jr. – the latter of which being adopted.

He also has four sons – Carlos Eduardo, Christopher, Junior and Luca – from what are vaguely referred to as “other relationships”.

Perhaps now’s the time to think about adding a vasectomy to his ‘to do’ list, unless being able to field his very own ‘offspring XI’ has always been the dream.