It’s no Ballon d’Or, but Cristiano Ronaldo was ordained as the best male player in the world at the 2017 Best FIFA Football Awards back-slapping buffet in London last night.

By virtue of winning the double with Real Madrid last season, Ronaldo pipped Lionel Messi and Neymar into second and third place, while Zinedine Zidane took first prize in the male coaching stakes.

Dutch string-puller Lieke Martens was named best female player of the year on a night when, in typical FIFA fashion, women’s football was pitifully underrepresented once again.

Female players may have been notable by their general absence, but at least Sir Patrick Stewart from Star Trek was invited along for good measure…

Quite rightly, Olivier Giroud was bestowed with the Puskas Award for scoring the most beautiful goal of 2017, with the Arsenal striker’s magnificent scorpion volley against Crystal Palace coming out on top in the vote.

Lastly but by no means leastly, Celtic ended the evening with the ‘fans of the year’ award for their impressive 360-degree tribute to the Lisbon Lions back in May… 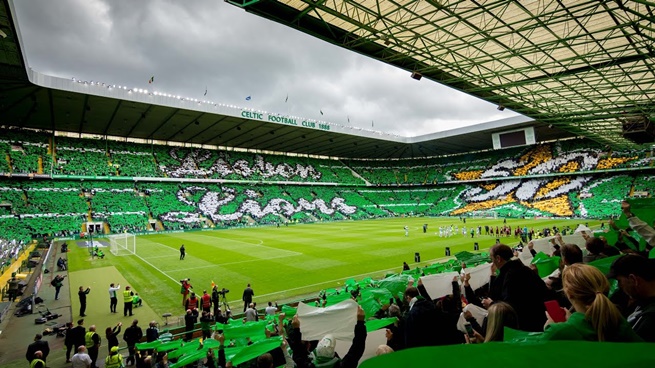 This coming on the very day that UEFA fined the Scottish club €10,000 after one of their fans charged onto the pitch and attempted to kick Kylian Mbappe during a Champions League match last month.

The secret is in the timing.