Bad news for lovers of truly exquisite public art: The horrendous bronze bust of Cristiano Ronaldo outside Madeira International Airport has been removed and replaced.

Oddly, however, nobody seems to know exactly who is responsible for removing the cross-eyed, cross-faced Mk.1 version.

According to Madeira Island News, the Aveiro (Ronaldo’s) family requested through the CR7 Musuem that the original, squinty bust be replaced. 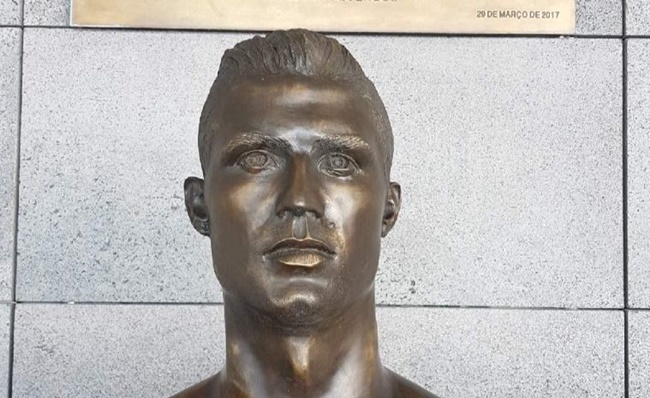 A new, less massively insulting statue is now in situ outside the building – as can be seen above.

However, Duarte Ferreira, director of Madeira Airport, claims he has no clue who is actually responsible for making the swap.

The change happened on Thursday night to Friday. The (CR7) museum asked us to replace this bust in honour of the athlete and we agreed we should change it.

In any case, we have the old one saved, but I do not know what will happen with it.

It should go straight into the CR7 Museum, surely?

Give it the pride of place it so richly deserves. 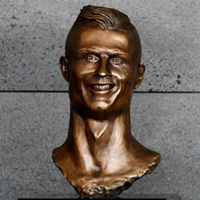