The latest update on Real Madrid’s plan to completely overhaul their famous Santiago Bernabeu stadium is that the club hope to begin work on the project over the next few months.

According to MARCA, almost everything is in place for things to get underway, with Real currently securing permission from their shareholders to plunge the club into debt to facilitate the bank-rolling of their new €400million ground.

As such, Los Blancos are planning to begin the renovation before the end of 2018.

Real first shared the mock-up designs of their proposed new stadium in 2014, though refinements have been taking place ever since and the official final plans will now be presented to directors this coming Sunday.

The Madrid giants will essentially be turning their iconic, 70-year-old home into a futuristic silver bread bin – a bread bin that will also feature a giant, 360° wrap-around big screen running around the entire outer wall… 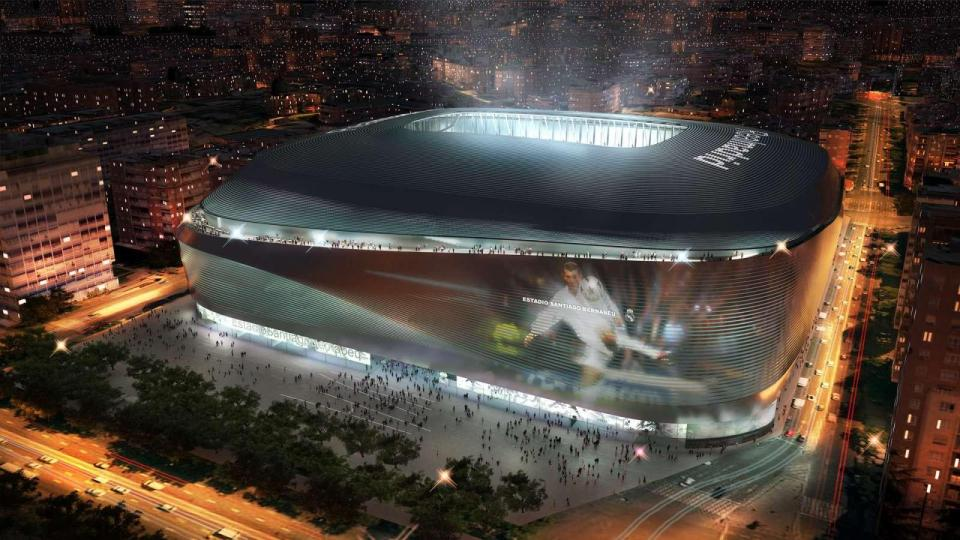 The New Bernabeu will also have a state-of-the-art retracting roof as well as housing a gigantic shopping mall and various other leisure and refreshment facilities.

Basically, if they end up pulling it off for less than €400million, Pies will gladly eat every hat on sale in the new club megastore.