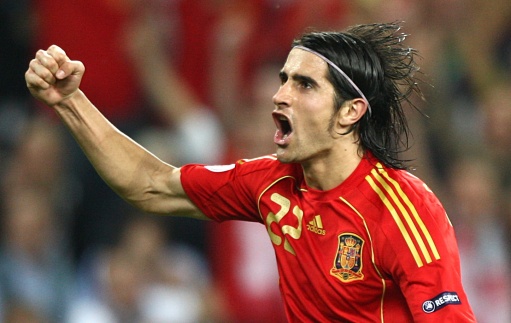 Real Madrid have announced the sad news that midfielder Ruben De La Red has been forced to retire from football aged just 25 due to the heart problem that has prevented him from playing for the last two years.

De La Red collapsed on the pitch just 13 minutes into Madrid’s Copa del Rey tie with Real Union back in October of 2008, and was later diagnosed with the defect after regained consciousness.

“I’ve fought against this in vain and doctors advised me to stop. I always dreamt of becoming a football player and to be successful at this club, which is the greatest in the world.

Real Madrid has watched me grow since I joined the Under-10 side and now it sees me retire from the game. I want to become a coach now.

I may have a problem in my heart, but it still beats for Madridismo.”

Goddamn shame if you ask me. De La Red showed fleeting glimpses of developing into a world beater at Madrid, during his time at Getafe and with the Spanish national side.

However, with the tragic and untimely deaths of Sevilla wing-back Antonio Puerta and Espanyol captain Dani Jarque still looming large in the collective memories of everyone involved with Spanish football, I’d wager that a premature retirement is definitely the right choice to have made.