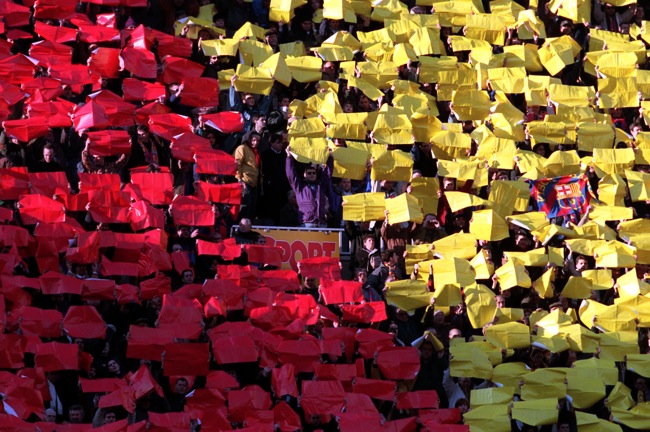 Barcelona play Real Madrid tonight, in what some people are calling Definitely The Biggest Football Match Of All Time… Ever… On A Monday. And given the talent on show (including headline acts Cristiano Ronaldo and tiny Lionel Messi, easily the best two players of their generation), you can see what those people are getting at. This is BIG with a capital B. And a capital I & G too.

Except… Ronaldo has never scored against Barcelona and Messi has never scored against a team managed by Jose Mourinho, so we could be in for a very tight and very anticlimactic 0-0. Knowing Mourinho, he would be happy to leave the Camp Nou with exactly that result, then go for the jugular in the return fixture. And there is talk that Jose will ditch his favoured 4-2-3-1 formation and add another DM into the mix – so Lass Diarra might come into the team for Mesut Ozil. If that happens, don’t expect a goalfest. Even if that doesn’t happen, I can’t see many goals tonight, just because the stakes are so high. Think back to the Manchester derby at Eastlands this season and the fear of defeat that pervaded the match.

By the way, Barca fans warmed up for the heavyweight clash by throwing stones at Real’s coach as it arrived at their team hotel last night. Stones? That’s rather boring – what happened to cured animal heads?

What result do you predict tonight? Vote with your fingers…

For the record, I predict a 1-0 Madrid win, with Ronaldo scoring the winner midway through the second half.