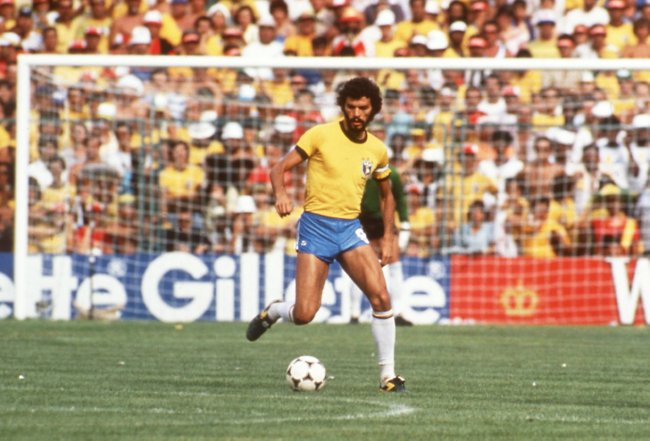 Another Sunday, another piece of shitty news. Socrates, the bearded, chain-smoking footballing doctor and heart and soul of Brazil’s 1982 World Cup side has died today after suffering a septic shock in hospital in Sao Paolo.

He had been in a critical condition with an intestinal infection since being admitted to intensive care on Friday (I’ve read reports suggesting it was after eating a bad stroganoff), but he had also been suffering with illness for a while before that.

You probably don’t need us to tell you that Socrates was a player of effortless finesse that embodied the very essence of beautiful football, a player who vehemently believed that the way you played the game was just as important as the scoreline at the end of it – a ‘playmaker’ in the truest sense of the word.

He was also, almost unequivocally, the coolest bastard ever to have set foot on a football pitch. For this, we thank him.