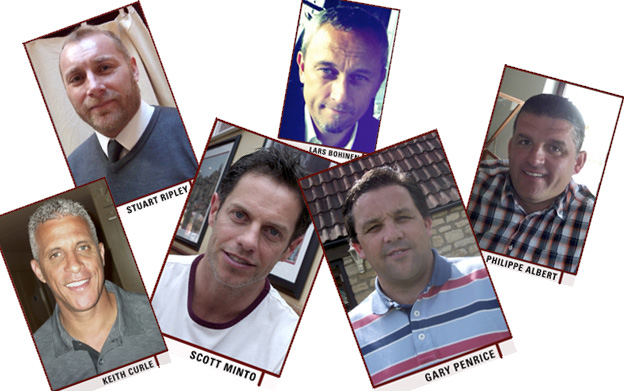 This ‘ere be the tale of Adam Carroll-Smith, a 29-year-old football fan from Portsmouth who recently found his old 1996 Merlin Premier League sticker album while rooting around in his loft.

Of course, Adam stopped whatever he was doing and began to leaf through, and it was during said perusal that he recalled that his 12-year-old self had come perilously close to completing the entire album, with just six stickers left unaccounted for: Stuart Ripley and Lars Bohinen (both Blackburn), Philippe Albert (Newcastle), Keith Curle (Man City), Scott Minto (Chelsea) and Gary Penrice (QPR)… 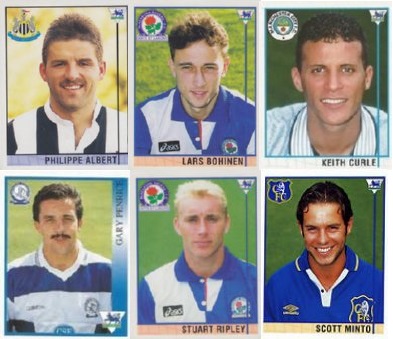 (And, yes, before the pendants out there get their danders up, we know that’s a 1994-issue Gary Penrice. You try finding a ’96 Gary Penrice at this ungodly hour!)

Anyway, deciding that this would never do, Carroll-Smith decided there and then that he was going to complete his album come hell or high water.

However, he didn’t take the coward’s way out and simply take to Ebay to source his missing stickers, oh no. Instead, he decided that, in his words, “a great wrong had to be righted” and hatched a plan to track down all six ex-pros in person, take their photographs and then stick them into the vacant spaces in his book.

The four English players proved fairly ease to source but it took two cross-channel excursions for Carroll-Smith to hunt down Phillipe Albert, who now works in the fruit and vegetable trade in Belgium and Lars Bohinen, who is currently appearing on the Norwegian version of Strictly Come Dancing.

After six months of intermittent graft, Carroll-Smith finally completed his album with the photos you see above you, though he chose not to frame it and hang it above the mantelpiece, but to rather give his White Whale a dignified Viking burial.

That’s right; he chucked it in the Solent at Southsea.

“It was a cathartic experience,” he told the BBC. “My wife and I have just had our first child, so this was a symbolic way of showing I’d grown up.

“The sticker album was then and this is now.”