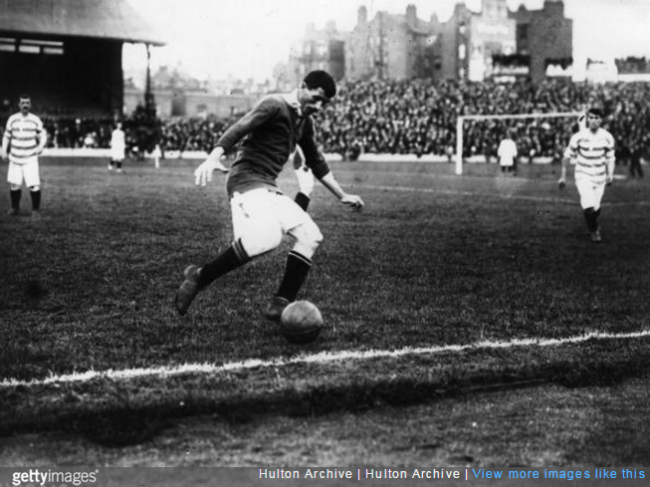 Billy ‘The Whiz” Meredith of Manchester United in action during the first ever FA Charity Shield match against QPR, 1908

That meeting decided to form the Association of Football Players’ and Trainers’ Union, which eventually became the Professional Footballers’ Association and is now the oldest players’ union in the world.

The players’ union, like the short-lived Association Footballers’ Union before it, pledged to challenge the maximum wage of £4 a week for Football League players, and the restrictions on transfers that prevented players moving between clubs without the clubs’ permission.

When the new body made its objectives clear in 1909, and tried to join the mainstream labour movement by seeking affiliation to the Federation of Trade Unions, the Football Association withdrew recognition. 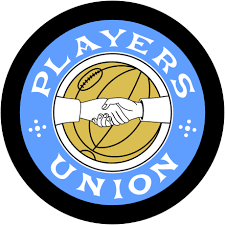 The original Players Union crest, circa 1907

The union threatened to strike, so the FA banned players who were members. The Union looked to have been killed off, but some players, including most from Manchester United, refused to give up their membership.

Other clubs brought amateur players in to replace those suspended, but so many United players were banned that the club was unable to find enough replacements.

It looked as if United would have to cancel their first fixture when Everton’s Tim Coleman came out in support of the Union. This move turned the tide, regaining support for the union as other players followed Coleman’s example.

Agreement was made to officially recognise the union and for years it negotiated bonus payments for players to supplement the maximum wage.

Things remained much the same until 1957 when Jimmy Hill became secretary of the union, modernising the organisation and leading a successful campaign to abolish the maximum wage.

Now, the PFA is not only the oldest players’ unions but one of the richest unions, and its players earn wages those founding members could not have dreamed of. Its main activity now is in funding education and support programmes for current and ex-players.

The earnings of its most high-profile members make the PFA a controversial organisation, and much of the good work it does goes unrecognised in the glare of those top-flight wages.

In any case, it’s all come a long, long way from the Imperial Hotel, Manchester in 1907.