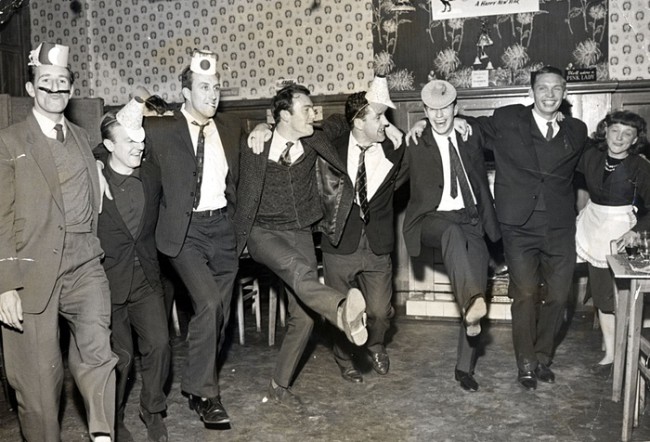 Jimmy Greaves (centre, no hat) and the rest of the Tottenham lads show us what a top-flight Christmas party looked like in the early 1960s

Boxing Day is traditionally a big day for football, and the top-flight programme certainly made its presence felt in 1963.

Across the 10 games played that day in the old First Division, a stunning 66 goals were scored. That’s a rough average of almost 6.6 goals per game.

The full classified results read as follows (taken from a much later Sky Sports graphic, in case you were wondering)… 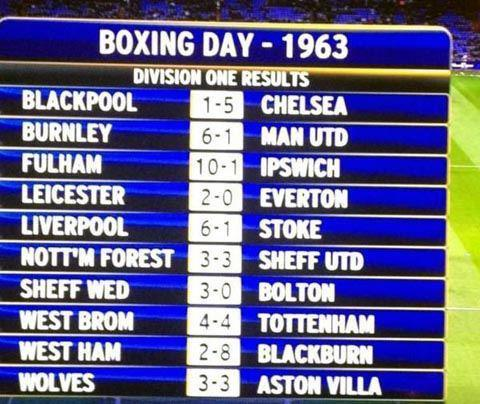 ‘Twas a Merry Christmas for one and all – except for Blackpool. Manchester United, Ipswich, Stoke and West Ham of course!

(Apologies for being a little tardy here. This article was originally supposed to go out as an ‘On This Day’ piece on Boxing Day but Pies’ sodding auto-post feature failed to fire.)