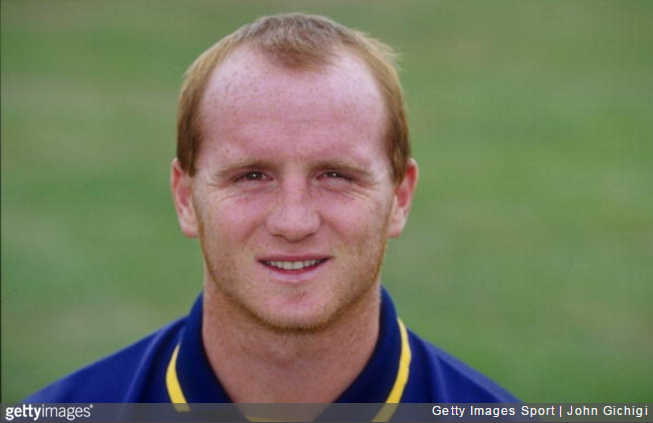 When Wimbledon paid £7.5million for John Hartson in 1999, the Welsh target man took the mantle of the South London club’s record signing.

The hefty fee also instantly made him a target for his new teammates, who wasted little time in introducing Hartson to the wild ways of the Crazy Gang.

Indeed, when Hartson turned up for his first day at the club, he did so wearing a posh Armani suit. Big mistake.

The striker changed into his training gear and ventured out into the rain for his first session with the Dons.

Over the course of the morning, Hartson received the standard Wimbledon welcome…

After being pummelled and dunked for an hour or two, Hartson walked back to the dressing room only to notice a distinct smell of smoke wafting out of the windows.

Then, as he got closer, he realised it wasn’t the dressing room that was on fire – it was his clothes!

“The suit cost me a couple of grand,” Hartson later admitted.

Having reduced the Armani suit to ash, Vinnie Jones and the rest of the Crazy Gang also torched Hartson’s club-issued tracksuit and let down his car tyres for good measure. 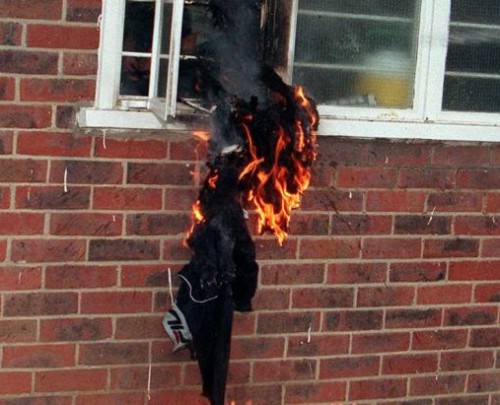 Hartson never found out exactly who struck the match. “That was just the Wimbledon way” he said when asked about the incident years later.

With his clothes little more than a pile of cinders, Hartson had to conduct his first press conference in his shorts.

“I never got the expenses back,” he later quipped.