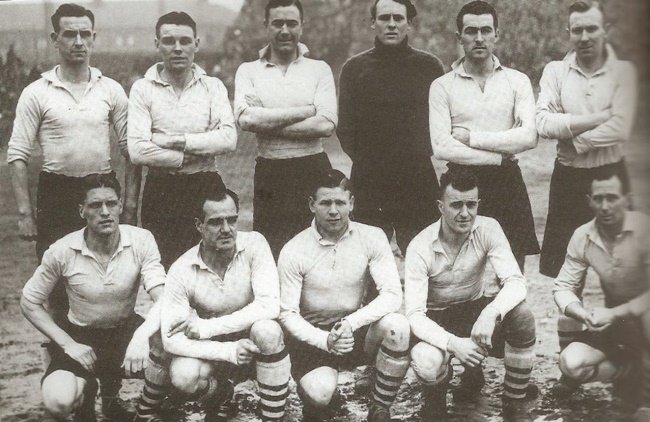 Sit tight, this may take some time. When Stockport County met Doncaster Rovers in a replay of a Division Three North Cup tie at Stockport’s Edgeley Park on 30th March 1946, the game lasted THREE HOURS AND 23 MINUTES.

By the time the first 90 minutes had elapsed, the teams were drawing 2-2. After another 30 minutes of extra time, the score had not altered.

Competition rules meant that the game then entered a golden goal period, i.e, the first team to score would be crowned winners. You can probably guess what happened, or more accurately what didn’t happen, next.

Indeed, both teams failed to trouble the goalmouth as the match dragged on, and on, and on, and on. Local legend has it that some spectators even went home for their tea and came back to find the game still in progress.

The match was eventually called off at 7pm, after 203 minutes, because it was too dark to play. Floodlights would not come to Edgeley Park for another 10 years. The tie went to a second replay, which Doncaster won 4-0 in 90 minutes. A blessed relief to all in the crowd, presumably.

However, the 203-minute match remains a world record for a competitive game.

Several football marathons have been staged and given recognition in the Guinness Book of Records as the longest game over the years, but the Stockport-Doncaster game remains the record for a scheduled, competitive game as far as we’ve been able to uncover.