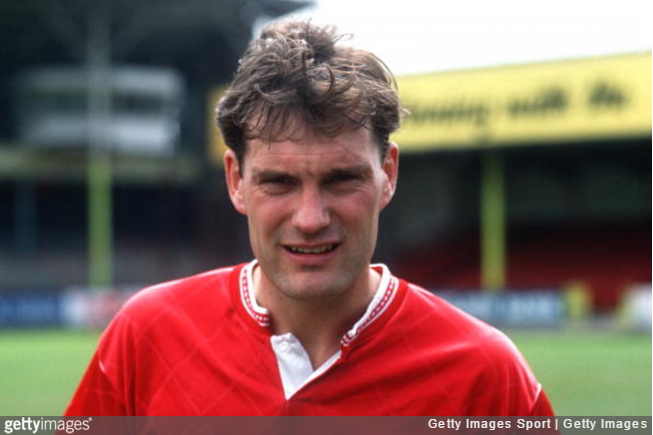 Glenn Hoddle’s managerial career began on 4th April 1991, when he was appointed player-manager of Swindon Town at the age of 34.

He replaced another Tottenham legend at the helm, stepping into the void after Ossie Ardilles left to take over at Newcastle.

The Robins were in deep trouble in Division Two at the time, still reeling from a financial scandal which had seen them stripped of promotion to the First Division in 1990 (they admitted 36 charges of breaching league rules, 35 of which pertained to illegal payments made to players).

The club was 17th when Hoddle took over, and he just about managed to keep them up by washing up two points above the drop zone.

By 1993, Hoddle’s team were at Wembley for the play-off final, and Hoddle’s first stint as a player-manager was making people sit up and take notice.

He tried to mould the team in his image, coercing them into playing with the kind of fluid, attacking style he was famous for as a player. Swindon, unlikely as it may seem, were gaining a reputation as entertainers.

At the end of 1992/93 season, Hoddle’s mob beat Leicester City 4-3 in the play-off final to win promotion to the nascent Premier League, Hoddle himself scoring the first goal of the game.

Just days later, he accepted an offer to manage Chelsea.