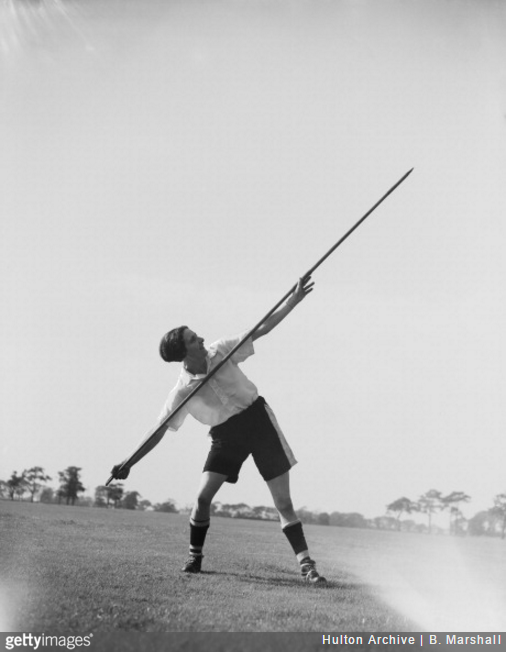 Lily Parr practises the javelin as part of her training with Preston Ladies FC, 1938

On this very day in April 1905, a true English footballing icon was born. We are of course talking about Lily Parr, oone of the first professional female footballers in the country.

Indeed, if the FA had been a more enlightened organisation in the 1920s, Parr would have been regularly mentioned in the same breath as her legendary male contemporaries – Stanley Matthews, Stan Mortenson, Tom Finney and the like. 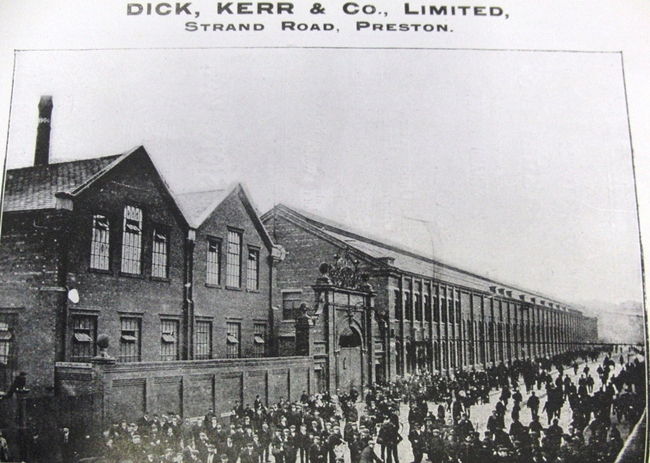 With Parr stationed on the left flank, Dick, Kerr swiftly went on to be one of the most successful early women’s sides, attracting crowds of up to 50,000.

Parr joined the side when she was just 14-years-old and, in her first season scored 43 goals. Her career lasted until 1951, during which time she scored over 900 goals in total. Fairly impressive stats, we’re sure you’ll agree.

Programme notes from the 1920s describe Parr as “big, fast and powerful” and said she “scores goals from extraordinary angles with a left foot cross drive which nearly breaks the net”.

Parr was six-feet tall with jet black hair. She was also a confirmed chain-smoker, with her wages supplemented by packets of Woodbines.

She was also openly gay, not easy in pre-war England.

In 1920, the Dick, Kerr’s Ladies side (pictured above) beat France 2-0 in front of 25,000 fans. The match was the first women’s football international. The women’s game was booming. And then the FA, in their infinite wisdom, stepped in.

On 5th December 1921, the FA banned women from playing on all FA-affiliated pitches on the grounds that “the game of football is quite unsuitable for females and ought not to be encouraged.”

The ban stayed in place until 1971, effectively stunting the growth of the women’s game for generations.

In 2002, Parr became the first woman to be inducted into the FA’s Hall of Fame, belated recognition of the contribution she made. The move went some way towards righting the wrong that had been done 89 years before, but we’ll always be left to wonder what might have been.

Parr’s memory and mantle also live on in the form of the Lily Parr Exhibition Trophy, established by the London Lesbian Kickabouts team for Camden LGBT History month.