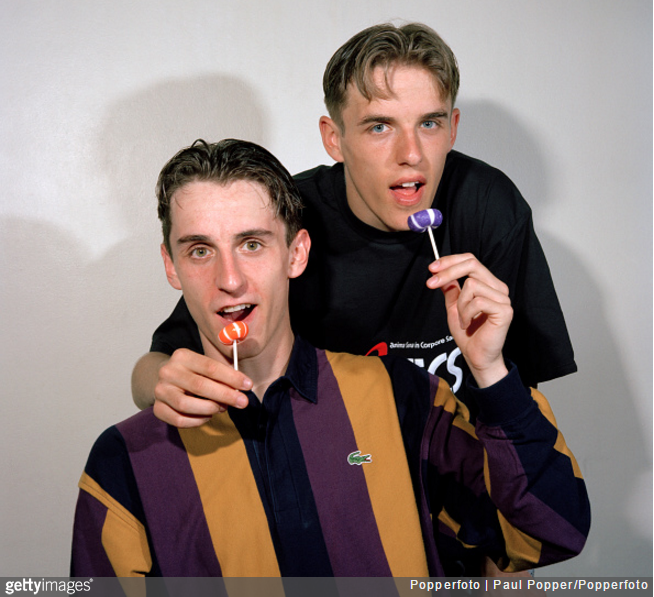 The year was 1996 and England as a nation was gearing up for Euro 1996. England the national team were busy limbering up with a string of pre-tournament friendlies, most of which passed by in a haze of uninspired mediocrity.

However – and this is a new one on Pies – it would appear that one of England’s pre-Euro ’96 jollies came perilously close to spilling over into a full-blown international diplomatic incident.

Specifically, we’re talking about the friendly against China hosted in Beijing in May, 1996 – a largely insignificant match which very nearly set back Anglo-Chinese relations a decade or two due solely to presence on England’s team sheet of both Gary and Philip Neville.

According to a snippet of reportage dug up by Times journalist Ben Machell, the fact that both the Nevilles were fielded against China (on the day of Phil’s 19th birthday, no less) was taken as a back-handed slight against the host nation.

This detail about the diplomatic furore surrounding Nevilles playing in pre-Euro 96 friendly vs China is new to me. pic.twitter.com/gQLiKvQTqt

Those bloody Neville brothers, eh? You can’t take them anywhere.