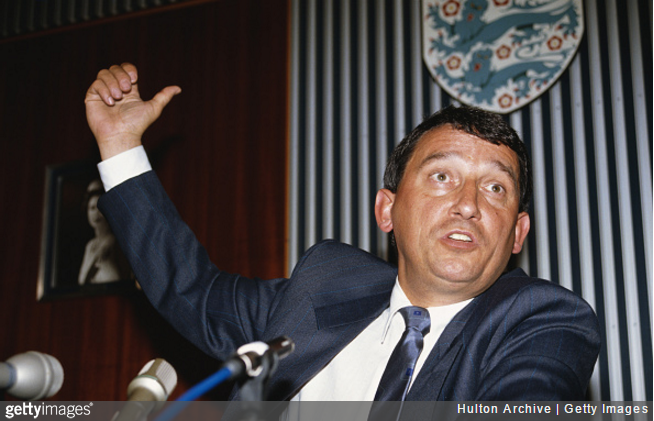 On the occasion of his 72nd birthday, Pies thought we’d offer a humble congratulatory salute to one of our favourite footballing nice guys, the one and only Graham Taylor.

Reluctant to swear as if his mother might be listening, Taylor was a naturally gentle man who never quite seemed au fait with the blunt ‘pubs and clubs’ dialect of the oafish Proper Football Men™ surrounding him.

This often resulted in him inventing his own cod-gruff lexicon when his dander was up, which famously came to the fore during England’s botched attempt to qualify for the 1994 World Cup, which was filmed in candid detail for a documentary that aired that very year.

Here, during England’s dismal and largely undeserved 1-1 draw against Poland in 1992, Taylor painted his magnum opus.

Let the words ring true forevermore: “Come on, come on. Bigger, bigger. We’ve done that… F**KING… CAN WE NOT KNOCK IT?”

Spoiler alert: It turns out that England really couldn’t knock it, at least not very well – a glowering spectre that has haunted the national game for over two decades now.

Taylor’s side washed up in the third in their qualifying group, behind Norway and the Netherlands, and the rest, as they say, is an anthropomorphised root vegetables.