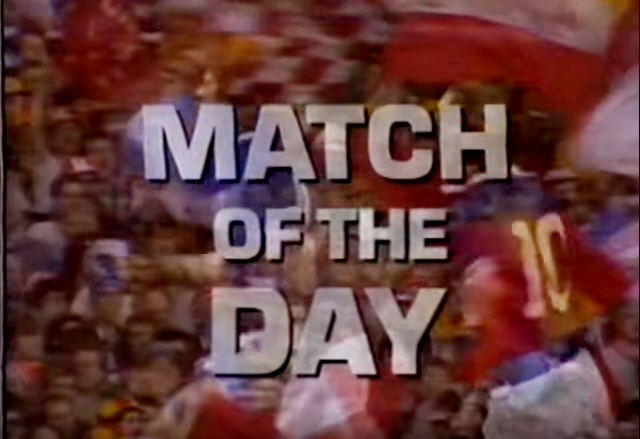 Looking every single one of its 25-years-old, here are the opening titles that preceded the very first Match of the Day of the Premier League epoch.

Come for Des Lynam’s velvety smoothness, stay for Gary Lineker looking like a nervous ex-public schoolboy appearing in small-claims court after being accused of fly-tipping a mattress on his father-in-law’s estate…

Should you wish to watch the inaugural episode in its entirety, the BBC are actually airing a special screening of it tonight (Tues 15th August) as part of their ‘Rewinds’ series.

At 14:55 [BST] via the red button and/or the BBC Sport website, the full match between Sheffield United and Manchester United will be re-shown, accompanied by faux-live text commentary and updates from all the other games that took place on that day.