The photo you see above dates from 1983/84 and shows a 19-year-old Marco van Basten of Ajax taking on Johan Cruyff, 37, of Feyenoord during the latter’s final season as a professional footballer.

It is the earliest photo of Van Basten included in the Getty Images archive, but we just so happened to have stumbled across an official document that includes that features an even younger image of the striker who would ultimately go on to become a three-time Ballon d’Or winner.

The document in question is one of Van Basten’s first player registration cards, specifically with hometown youth side UVV Utrecht and the local division of the Dutch FA.

It also includes a passport of the 13-year-old Van Basten, which appears to be have been taken while he was concentrating intently on something perched on the very tip of his nose… 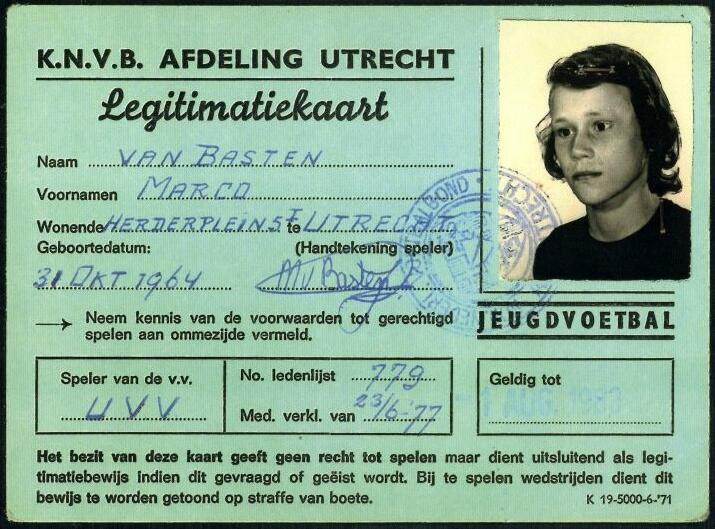 What a cracking little piece of football miscellania.

The ‘Geldig tot’ ink stamp is a little faded but as far as we can suss, the card would remain valid until 1st August, 1983 – by which point Van Basten had already been playing senior football for Ajax for an entire year.