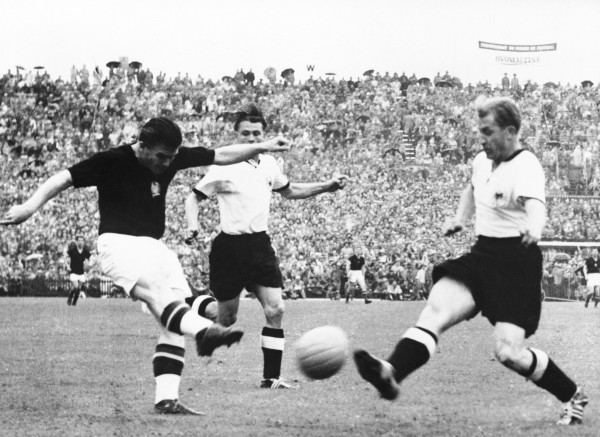 Hungary’s Galloping Major, the great Ferenc Puskas (left), lashes a shot at goal during the 1954 World Cup final. West Germany’s Werner Liebrich, who had injured Puskas with a fierce tackle when the two teams met in the group stage, attempts to block it.

Puskas scored the game’s opening goal, in the sixth minute, but the unruffled and unfancied Germans came from 2-0 down to win 3-2 and take their first World Cup title. The game would later become known in Germany as ‘The Miracle of Bern’; the Mighty Magyars, epitomised by Puskas, were considered almost unbeatable.