The most elegant and cultured midfielder England has ever produced? Glenn Hoddle, of course. It’s absurd that Hoddle won 53 caps for his country, especially when considering that a vastly inferior player such as David Beckham has more than twice that amount. But such was – is – the English mistrust of mercury. We never have figured out how to integrate brilliant individuals into a team.

I digress from the headline but to make a point: Barry Davies is Hoddle with headphones, a brilliant performer who never quite got his due. 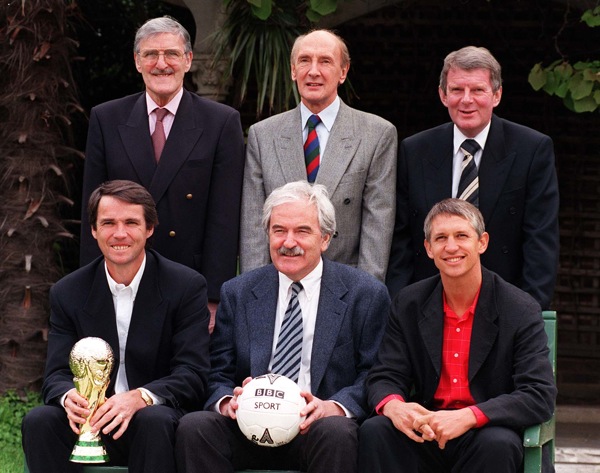 Where did the great English football commentators go? The 2010 World Cup, a dismal failure for both BBC and ITV, drove this point home with the force of a Hoddle volley. Jonathan Pearce has lost his spark and now sounds near-suicidal. Clive Tyldesley was bullied at school, surely, and rarely rises to the heights of John Motson (more on Uncle Motty later). Peter Drury talks way too much and much of that talk is infuriatingly patronising, not to mention staged. Guy Mowbray is vanilla. Ditto Steve Wilson, although Wilson is preferable. Thank Christ this post is about TV commentary only, or I’d be forced to mention Alan Green and his poisonous mouth.

(An aside: In the Premier League era, the Beeb and others have shamefully neglected the commentator, choosing instead to focus on ‘the sofa’. This is a terrible mistake, as it’s commentators who are the main men, not the caramel anchors and waffling pundits. Commentators provide the soundtrack, the rest is just playing for time.)

None of that lot is fit to test the mic for Davies. Listen:

England v Poland, 1986 (one of my favourite memories of watching England):

And his most memorable non-football commentary

As you can hear, in his prime Davies was sharp, charming, poetic, succinct, shrewd, engaging, dry, witty and so much more; how refreshing to have a proper football critic on the mic. He didn’t speak too much – a general failing today – because he knew it was never about him. Although by many accounts he could be a cantankerous sod, schoolmasterly and overcritical at times, he never really let his ego get in the way if his job. Which brings us to Hoddle and Uncle Motty…

Davies spent too much of his career as John Motson’s wingman, the grounded Goose to Motson’s squeaky-voiced Maverick. I’m a big Motson fan, even if he did steer his own career towards self-parody, quite deliberately – the damned sheepskin! – and went on for too long. No thanks to shoddy treatment by the BBC, Davies quit football somewhere near the top of his game; Motty became Statto. 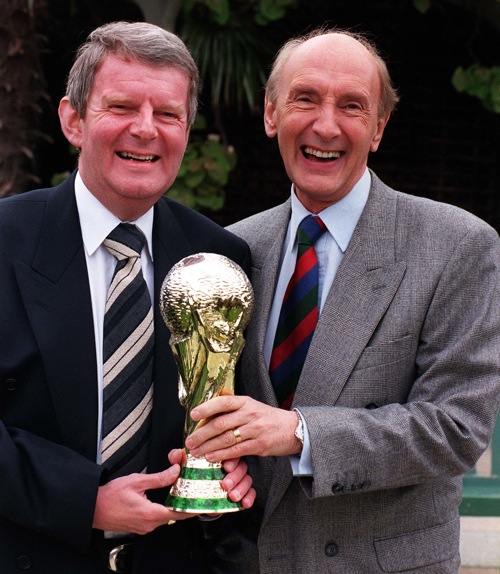 Motson had both hands on the World Cup

In terms of CVs, Motson was more successful than Davies not because he was a better commentator, but because he was more of a ‘character’, and blessed – if that’s the right word – with a more distinctive voice (Rob Smyth put it best: ‘Motson spoke like someone whose mouth had been invaded by Chewits.’ Brilliant). Motty was also more clubbable, making obvious efforts to stay on the good side of managers and players. Motson slyly cast himself in the drama, much as Nick Broomfield puts himself into his films, whereas Davies maintained an air of cool detachment. Which isn’t to say that he lacked passion, as the Bergkamp clip above shows.

So let’s hear it for Bazza Davies and all those ‘Lovely goals!’ he talked us through. As the standard of commenting continues to slide, so his reputation grows.