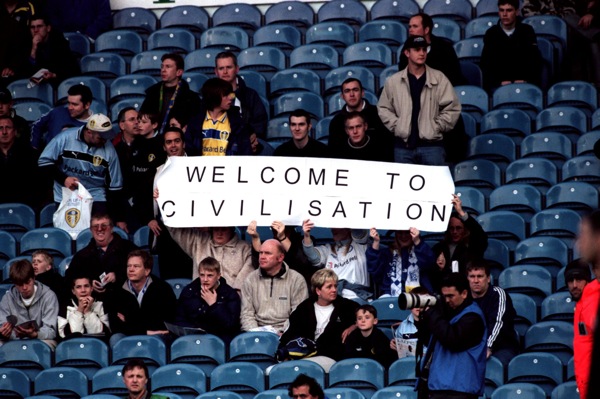 The semi final was, of course, overshadowed by the death of two Leeds fans, Christopher Loftus and Kevin Speight, who were stabbed to death in Turkey before the first leg. The atmosphere at Elland Road was not pleasant, understandably – although I recall that Leeds fans were, overall, rather restrained and dignified.