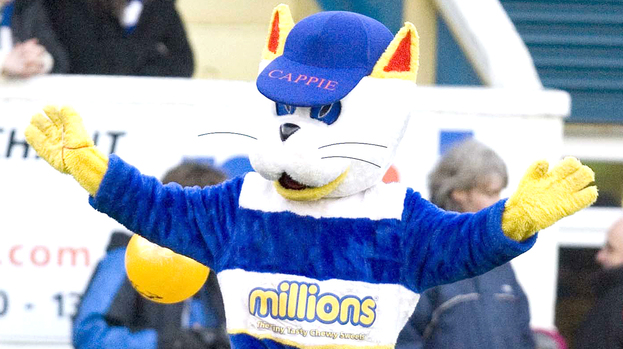 Shocking and grizzly scenes are unfolding north of the border, where Greenock Morton’s beloved mascot, Cappie The Cat, has been found mutilated and dismembered after being abducted from the club’s ground over the weekend.

The thieves targeted the home of Scottish First Division Greenock at some point over the weekend, stealing the Cappie costume as well as a public announcement system from Cappielow Park.

Strathclyde Police have since confirmed that Cappie’s severed hands, feet and head were all recovered from a nearby garden, though the torso and tail are still missing.