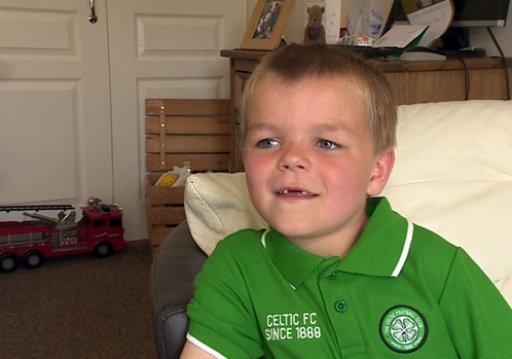 Kudos are definitely due to Celtic after the club responded to a six-year-old fan’s optimistic managerial vacancy application, officially thanking the youngster for showing an interest in the position.

Aiden Headridge, a schoolboy from from Dundee, sent a letter to Celtic chief executive Peter Lawwell asking to be considered as Neil Lennon’s replacement at Celtic Park.

Unfortunately, Adrian didn’t prove to be the successful candidate (alas, that honour went to the altogether more experienced Ronny Delia) but Lawwell still issued our little hero with an official reply – along with a brand new Celtic shirt for his troubles.

“As you will know, we have appointed Ronny Deila as the new football manager,” Lawwell’s letter read.

“I believe Ronny has the knowledge, enthusiasm and confidence that is necessary to take the club forward and deliver continued success.

“I am really pleased to learn that you would like to be the Celtic manager and maybe one day that will happen.

“In the meantime, I hope you are enjoying school and are looking forward to the summer holidays.”

Aiden’s older brother Ciaran then Tweeted a photo of Celtic’s reply to his brother’s letter, which went viral like a bad case of badger TB…

My 6yo brother wrote to @celticfc about becoming new manager, and club sent this back. Will put a smile on his face! pic.twitter.com/M5wIcwM1wJ

How cool is that?

(Via STV/Thanks to Pies fan @_Inno for the nudge!)