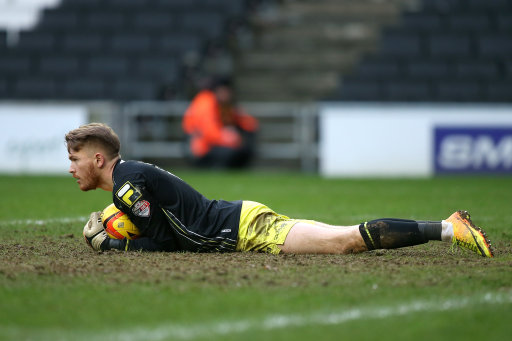 “Reckon I could probably have a go from here”

Having only joined the club from Hull City on a six-month loan at the end of July, goalkeeper Mark Oxley took precisely 16 minutes to open his account for Hibernian against Livingston on the first day of the Scottish Championship season at Easter Road this afternoon.

Three minutes after Hibs went 1-0 up through Farid Elg Alagui, Oxley put his side 2-0 in front when his enormous kick somehow flew past his opposite number up at the other end of the pitch…

18: The keeper launched a huge kick up the pitch which sailed into the net. What a league debut for the Ox! #HFCvLFC

Livingston did manage to pull one goal back on the hour mark, but technically Oxley’s strike proved to be the winning goal.

Not bad as league and club debuts go!

UPDATE: Thanks to Pies fan adhikapp, we now have footage of Oxley’s goal…