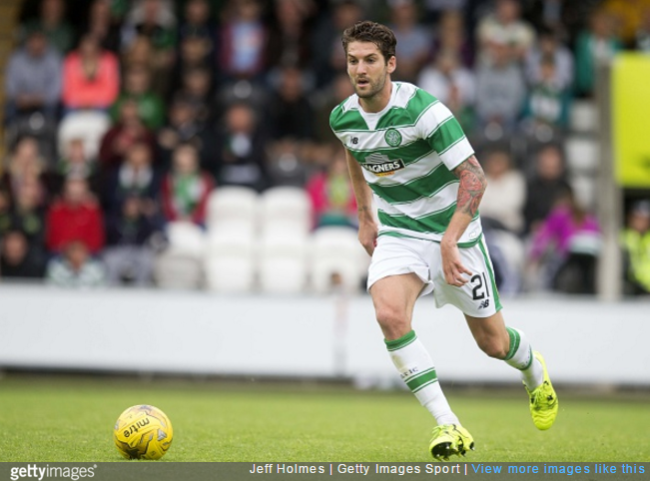 A 2-1 home defeat against Ajax last night saw Celtic tumble out of the Europa League at the group stage having amassed just two measly points in the space of five games.

Indeed, the Ajax loss marked the first time in history that Celtic have failed to win a single group match at home in a European campaign – their final fixture being a forlorn trip to Fenerbahce.

The Eredivisie side struck late to shore up the win at Celtic Park, with Vaclav Cerny scoring on the break in the 88th minute to nab all three points and duly resign the Bhoys to their miserable fate.

Despite only coming on 20 minutes previous, defender Charlie Mulgrew visibly pulled up while chasing Cerny in the build-up to the winning goal. Immediately after the ball hit the net, Mulgrew limped off the pitch again, leaving Celtic with 10 men on the field for the final few frantic minutes.

Fairly understandably given the circumstances, the home fans were incensed at a perceived lack of bottle. So much so, in fact, that Mulgrew felt the need to explain his actions in an extended apology (of sorts) on Instagram… 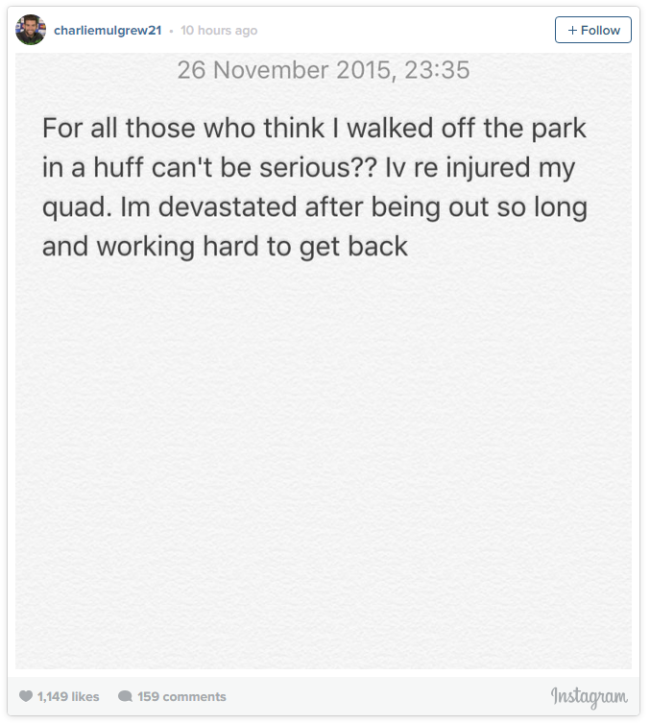 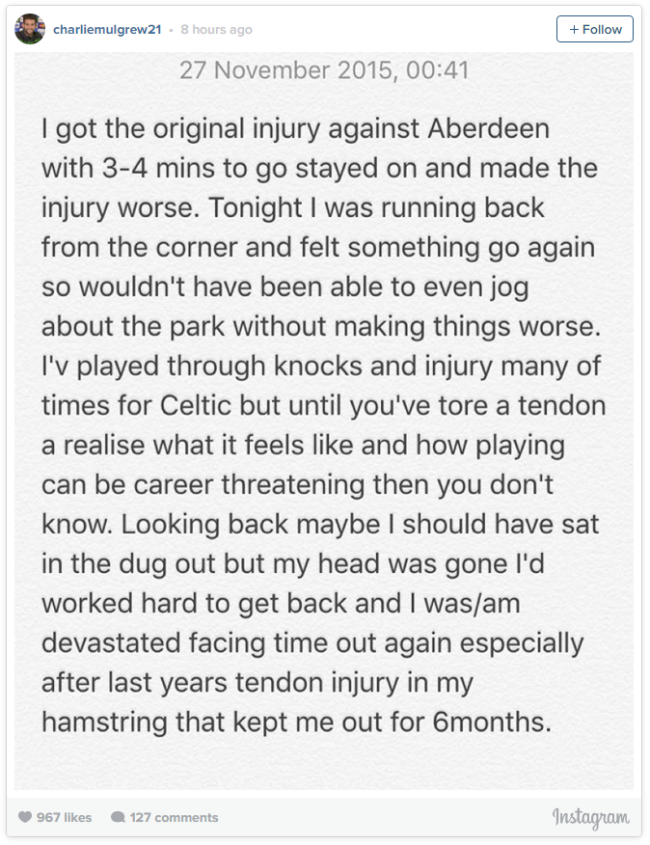 Never fear. We’re sure the sympathy is about to come rolling in, Charlie.

(Via The Scottish Sun)