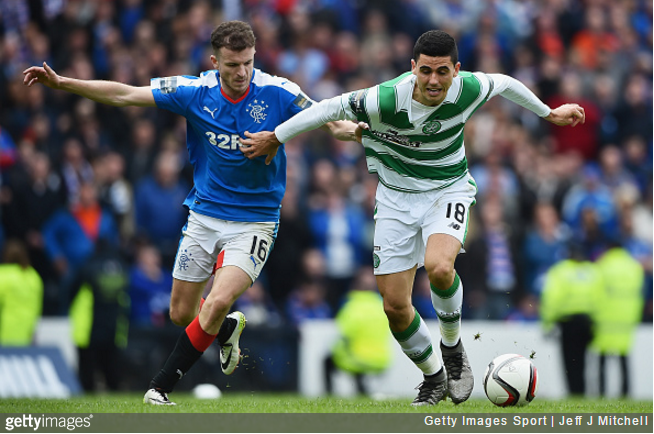 Celtic and Rangers are being considered for inclusion in a new fifth tier of the England Football League, that’s according to word in the Telegraph.

It’s reported that Shaun Harvey, the EFL chief executive, will allow members to vote on the Old Firm clubs joining a new “fifth division” that is planned for the start of the 2019/20 season.

The 72 EFL clubs are being asked for their opinions on how the Football League expands to four divisions of 20 teams each, as part of the ‘Whole Game Solution’.

The two Scottish clubs have long been considered a possibility for the new ‘fifth division’ and Harvey says the final decision will be down to his members.

The plan is to introduce a new “League Three” complete with 20 new teams, Rangers and Celtic potentially being two of them, to help bolster attendances and, more importantly, revenue streams down in the lower echelons – see the insertion of Premier League B teams into the Football League Trophy for further details.

As we’ve said before time and time again, this persistent idea needs to be bagged up, weighted down and hurled into the nearest canal.

It would compromise the English game while adding little of note (bar a few extra quid) while making a further mockery of the Scottish game in the process. Why draw the line at Celtic and Rangers? Wouldn’t famous old clubs like Aberdeen, Hibs, Hearts, Motherwell, etc, all equally entitled to make the jump?

If the financial bottom line is the sole guiding influence here, then we’ll soon end up with a giant, sprawling, soulless, homogeneous mess that precisely nobody cares about.

Put this one to bed, forever.