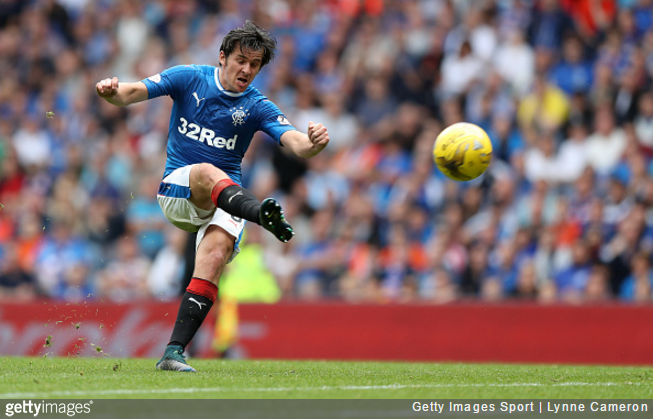 News from beyond The Wall now with word that Joey Barton has been banned by Glasgow Rangers for the next three weeks after getting caught up in a training ground barney with a teammate.

It was reported that Barton was sent home from training last Tuesday after the 34-year-old became embroiled in a “heated verbal exchange” with Andy Halliday and, subsequently, manager Mark Warburton.

Barton was then summoned to meet with Warburton a few days later, though not before he gave an unsanctioned radio interview during which he described his suspension as “strange” and “wrong” before divulging the some of specifics of the altercation(s).

He then tweeted an apology, before immediately tacking on the following addendum:

Apologising doesn’t always mean that you’re wrong and the other person is right.

It means you value your relationship more than your ego.

The upshot is that Warburton has now sat Barton on the naughty step for the next three weeks.

Indeed, Rangers have issued a statement today confirming as much:

The manager… and club believe that time and space is required for both the club and the player to assess all that has happened.

Neither party will make any further statement or comment on this issue.

Once again, the footballing pseud proves that beneath the thin veneer, there still lurks an argumentative, snappy little sod.