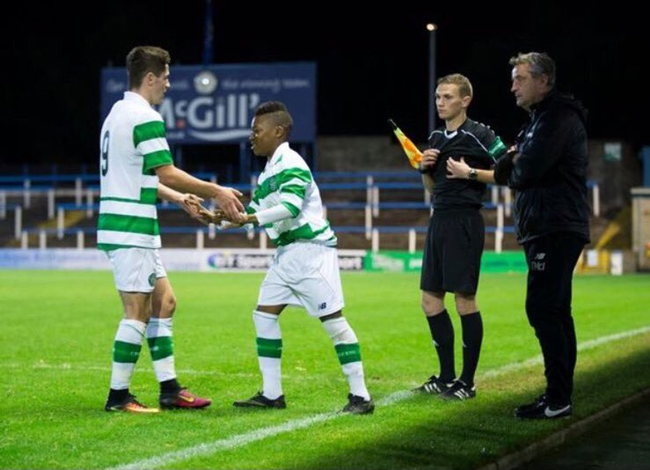 As if you weren’t sat there feeling decrepit enough already, last night a fetus born in the year of our lord 2003 went and made his debut for Celtic’s Under-20 team.

At the tender age of just 13, Karamoko Dembele came on for the final ten minutes of the Bhoys’ 3-1 victory over Hearts at Cappielow.

The precocious young Ivorian replaced old hand Jack Aitchison who, at 16 years and 71 days old, became Celtic’s youngest-ever player in the final game of last season – coming on as a substitute in the 7-0 trouncing of Motherwell back in May.

According to reports, wee Dembele “didn’t look out of place” during his brief cameo despite playing in a side seven years above his actual age group.

He’s two years younger than the iPod for crying out loud.