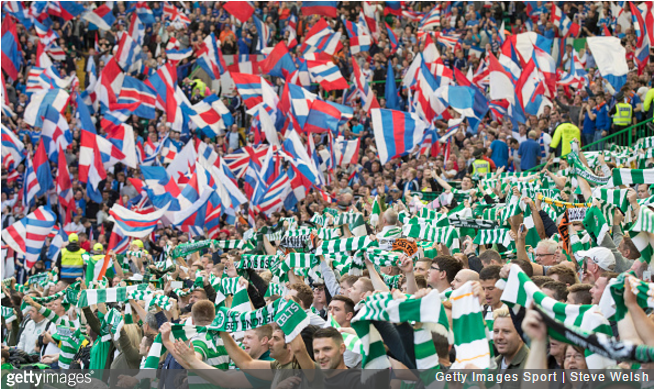 As you may recall, any talk of Scottish giants Celtic and Rangers making their long-mooted move south of the border was comprehensively ended recently when the Football League issued a ruling against the incorporation of any further non-English sides joining the English football system.

Desperate to free themselves from the restrictive financial shackles of competing in the Scottish league, it would appear that the Old Firm teams are now looking to their North European brethren for the answer.

According to the Daily Mirror, Celtic and Rangers are being earmarked for inclusion in an “Atlantic Super League” featuring 10-16 top teams from Belgium, the Netherlands, Denmark, Norway and Sweden. All the big fish from the small ponds, as it were.

Preliminary negotiations over the foundation of a so-called ‘Atlantic League’ were revealed by FC Copenhagen director Anders Horsholt, who revealed that many of European football’s lesser lights are concerned about being frozen out of the Champions League by a “continental cartel” after plans to restructure and ring-fence UEFA’s most lucrative club tournament were approved in August.

In an interview with Danish newspaper BT, Horsholt said:

Yes it’s true. If we do not act now, we will see the biggest clubs grow larger and stronger while it will be increasingly difficult for clubs like us.

We must therefore look at which alternative international opportunities for FC Copenhagen in the future.

Here it is still too early to talk about specific models, but the discussion of leagues across European borders is a theme that we look at and actively participates in.

Horsholt also insisted that the formation of a pan-European league would only work if all member teams were prepared to pull out and leave their current domestic leagues in order to compete in it.

We must look at the market, it leaves and seek alliances with teams from other countries in the same situation.

This is not a situation that we have created, but we have to deal with it, because we can not live with the alternative accounting.

We must continue to develop as a club and be attractive to sponsors, the most skilled players and staff. Therefore, it is essential that we are at the European level.

Copenhagen and other European clubs that will be part of a new European league will step out of their domestic leagues.

It is still well in the future, but it may well be the result.

Which could, and most probably would, cause the current UEFA system to break down entirely. Needs must, after all.

That’s the price of turning a simple muddy ball game into a vast global industry.