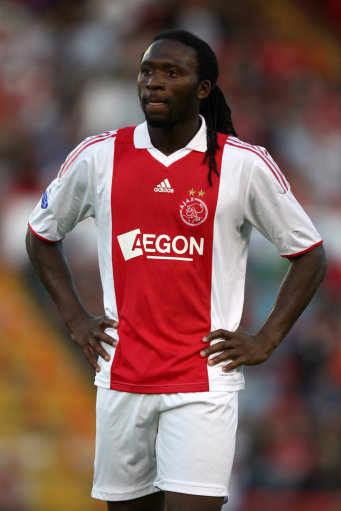 Former Celtic and Bristol City midfielder Evander Sno is currently in hospital after suffering a suspected heart attack during the 63rd minute of an Ajax reserves game yesterday.

Medical staff spent a frantic ten minutes trying to revive Sno with a defibrillator whilst still on the pitch, after the 23-year-old collapsed during the tie with Vitesse Arnhem’s second string.

“At first I thought he stumbled, but very quickly everyone realised there was something seriously wrong due to the foam around his mouth. Fortunately our doctor and physio were there quickly.

They have performed an heroic act and saved his life. They gave him the defibrillator three times. We feared for his life, he was very lucky.”

After he regained conciousness, Sno was then rushed to the hospital in Arnhem, where he is now said to be in a stable condition and responding to the doctors – according to a brief statement on the Ajax website.

All the best big man.