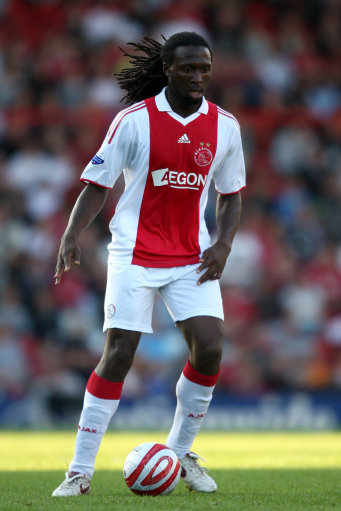 ‘Twas only a fortnight ago that Pies brought you the shocking news that former Celtic and Bristol City midfielder Evander Sno suffered a heart attack on the field whilst playing for the Ajax reserves.

After coming on as a half-time substitute, Sno collapsed minutes later and had to be defibrillated on the turf before he regained consciousness. The 23-year-old then spent the next few days in hospital but has since been released from medical care and cleared to resume training;

“It feels wonderful, really wonderful. It’s great just to be able to do things like smell the grass again. Everything has gone well and it’s great to be alive.

Things are getting better and I’m feeling healthier. The fans have been fantastic. I thank everyone for their support.”

Sno also revealed that he can remember very little of the actual incident;

“I collapsed and woke up in an ambulance. I wasn’t aware of what was going on. They put an internal cardiac defibrillator inside my body as a precautionary measure.

As we said at the time, all the best big man.