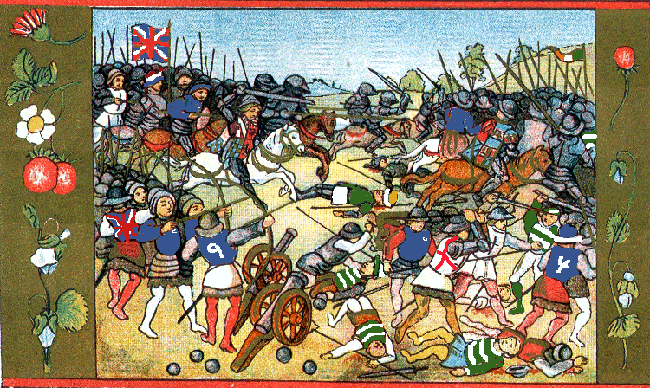 The good old Beeb reports that, according to recently discovered documents from the court of King James IV, orgainsed football was being played north of the border as long ago as 1497.

A set of accounts in the documents show that the king paid two shillings for a bag of “fut ballis” in April of 1497,  and according to Richard McBrearty, the curator of the Scottish Football Museum, the rules of the game were already starting to appear in  the 15th and 16th Century, hundreds of years before football was codified at Cambridge in 1848 and well before football was really invented in 1992 (by Sky).

McBrearty says: “We know that the game was played in the royal court going back to the 15th Century, 1497, there’s accounts of footballs being ordered for the king’s court, by the lord high treasurer.”

“There’s fascinating stuff going into the 16th Century”, he continues, “There’s a game that Mary Queen of Scots watches in 1568, she’s just fled after the Battle of Langside and is at Carlisle Castle.”

“A Scottish retinue plays a game for her amusement for two hours and the game’s described as being a game of skill, with a little foul play, and the skill is mentioned because of the smallness of the ball.” Skill? Little foul play? This may have been a high point in Scottish football, then.

“The number of players is quite interesting, it mentions specifically 20 players, that suggests a small sided game of 10 in each side.”

The oldest football in the world, discovered in Stirling Castle, dates back to 1540. Here’s a photo of said ball being held by a hairy Scotsman. 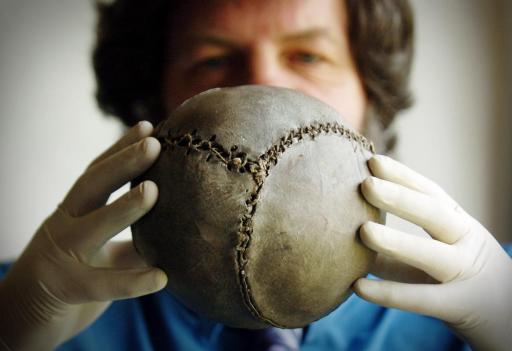