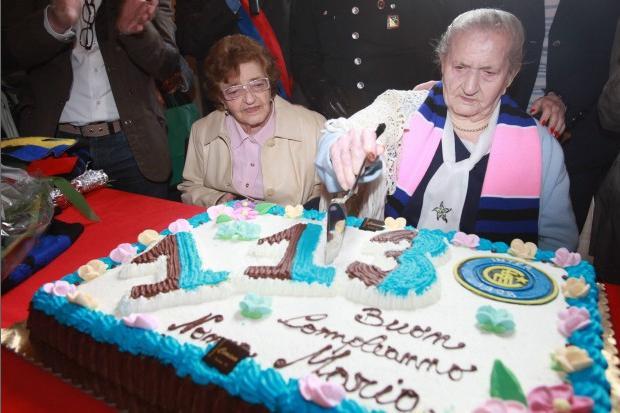 Today marks the birthday of Inter Milan’s oldest living fan, ‘Nonna Maria’, who was born on April 3rd – get this – 1899 (the 19th century boyo!) making her nine years older than the club itself.

A bit of a local celebrity in the Novate Milanese neck o’ the woods, Maria Radaelli (who is also the oldest woman in Italy as far as we can make out) was given a police escort to her local town hall where she was thrown a public birthday party with a huge cake provided by Inter. Bedi Moratti, Inter president Massimo’s sister, was also in attendance to pass on her brother’s best wishes.