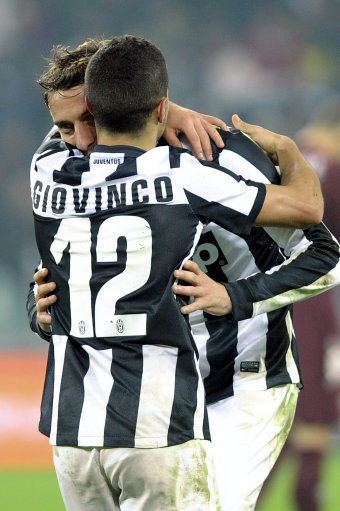 On Wednesday night, wee Sebastian Giovinco prodded home the only goal of the night which saw Juventus squeeze past Cagliari – a goal which saw the Bianconeri maintain their place at the summit of Serie A and which also bought about the end of the world… or something like that.

Wearing the no. 12 shirt, Giovinco scored in the 12th minute of the second half, notching his twelfth goal for the club on the twelfth day of the twelfth month of the year of our Lord, 2012, in Juve’s twelfth home game of the season…

If you need us, we’ll be in our bunker.