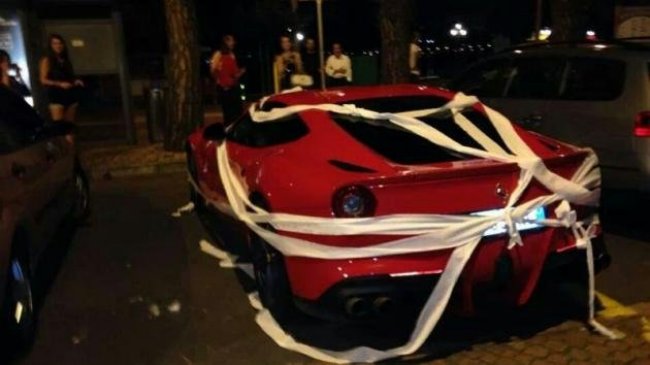 As reported by Football Italia this morn, a group of angry Milan fans gave Mario Balotelli’s Ferrari the old “TP” treatment last week after being refused an autograph by the Rossoneri striker.

Apparently Balotelli arrived in the Swiss town of Lugano on Thursday evening, parked up and then snubbed requests from a group of fans to sign autographs or have his picture taken with them.

By the time he’d finished buying diamond-encrusted cuckoo clocks or taking his origami lesson or whatever he was doing in Lugano, Balotelli came back to his car to find it swaddled in bog roll.

As far as we can gather, no Super Pigs were harmed during the incident.