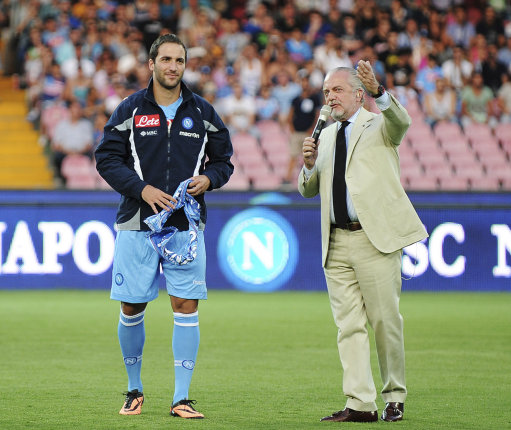 Napoli owner Aurelio De Laurentiis must have had his heart in his mouth this afternoon after hearing that €37million’s worth of Gonzalo Higuain had been hospitalised after falling from a yacht and landing face-first on some rocks off the coast of Capri.

Thankfully, Higuain only suffered a slight bump on the head and required a handful of stitches in a cut on his jaw after being taken to A&E in Capilupi, with Twitter reporting that he either, a) slipped and fell off the gangplank as he was clambered off the vessel, or, b) dived from the boat and landed on rocks that were just below the surface – delete as you see fit to believe.

Gazzetta dello Sport are reporting Higuain has had “two stitches above his eyebrow and eight along his jaw”. Oh, he was also said to be aboard the yacht with “two beautiful women” at the time.