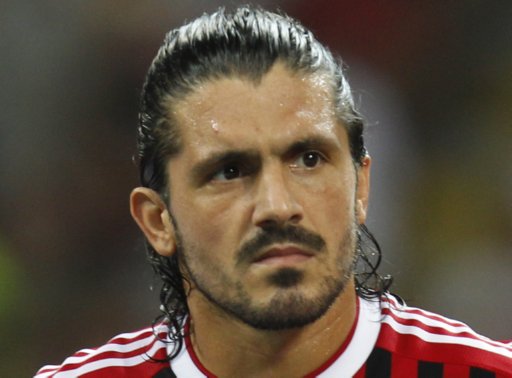 As you may have seen over the last few days, former AC Milan scrapper Gennaro Gattuso has found himself facing accusations of match-fixing after it was alleged in certain sections of the Italian media that he, along with former Milan teammate Cristian Brocchi, had been complicit in a fixing ring that fiddled Serie A games during the 2010/11 season.

It has been alleged that both Gattuso and Brocchi had “telephone contact” with the four men who were arrested on Monday charged with sporting fraud as part of the ongoing ‘Last Bet’ operation that has seen several former professional footballers taken into custody and charged over match-fixing.

However, Gattuso is adamant that he has nothing to hide and, in a fashion befitting his tackling technique, has gone over the top in his denial – vowing that he will gladly venture out into the streets of Milan and kill himself if he’s ever found guilty of such offences, telling Sky Sport Italia:

“Never have I ever had the slightest thought about possibly fixing a game. If something was proven I would be willing to go out into the street and, I know this is a strong thing to say, I would kill myself.

“Anyone who knows me knows that I can’t stand to lose even a practice game, not even a game of cards with my friends.

“I’m angry and offended. I want to clear everything up so I don’t have a stain on my career. I have never gambled in my life.”

False. Indeed, we cant think of at least one count of Gattuso gambling – with his life, no less… 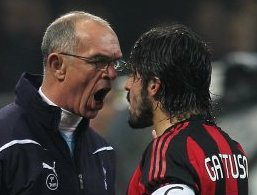