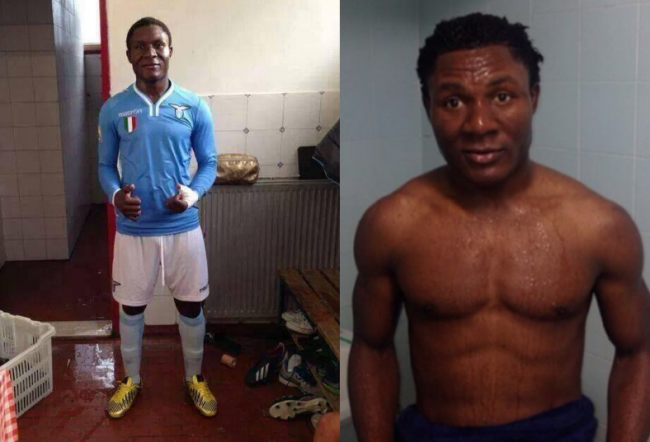 Lazio youth player Joseph Minala, who is 17-years-old, has had to actively shut down both his Twitter, Facebook and Instagram accounts after being mercilessly harangued by fans for looking far, far older than the age on his passport.

Strangely, no-one saw fit to pick fault with his sparkly little gold handbag at all.

According to his Lazio registration documents, Minala was born in 1996 – though the internet was awash with disbelieving quips about the Cameroonian midfielder after his photo began circling a few days ago.

Since then, he’s found himself bombarded with guffawing messages from people around the world via his various social media channels, signing off with a Tweet which read “Envy is the weakness of man, and those with a poor soul hurt others when you are in Serie A. Love you! Forza Lazio,” before shutting down all his accounts.

So, go ahead: heckle away, but, as we know only too well here at Pies, drastic premature ageing is a serious condition that affects an inordinately high number of professional footballers.

We’ve done a study and everything.