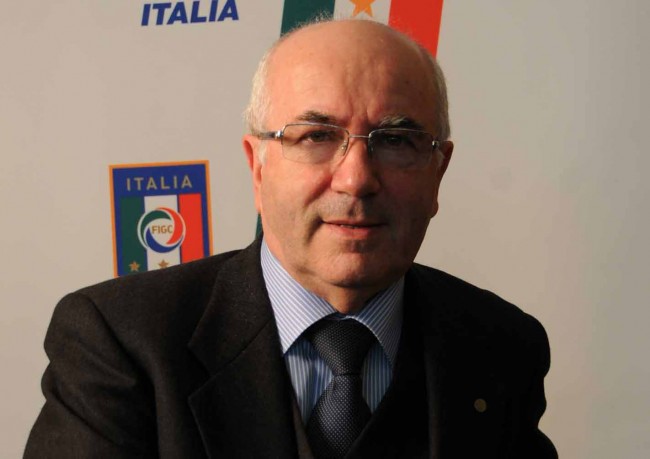 Carlo Tavecchio, seen here without foot in mouth for once

As is usually the case for one reason or another, Italian football is currently awash with controversy and ignominy at the moment, largely stirred up by comments made by Italian FA (FIGC) presidential candidate Carlo Tavecchio who recently referred to Serie A’s young African players as “banana eaters” and (yep, sadly there’s an “and”) it coming to light that he had previously referred to female footballers as “physically handicapped” in comparison to male players.

Indeed, Tavecchio has since described himself as being “more persecuted than JFK’s assassin” after it turned out that some folks were a bit aggreived by his comments, which gives you a sense of the kind of ignorant, delusional, conceited dimwit we’re dealing with here.

Anyway, in a bid to distance themselves from the quagmire of shite in which Italian football finds itself once again, Sampdoria have taken positive steps toward making calcio a “modern sport” with equal opportunities and respect for all, by swapping their ball-boys for ball-ladies for a recent friendly against Eintracht Frankfurt…

Samp went on to win 4-2, with club president Massimo Ferrero declaring his ball-ladies a roaring success and a giant leap forward in sporting equality.

“This is a contribution towards a modern sport without prejudice.”